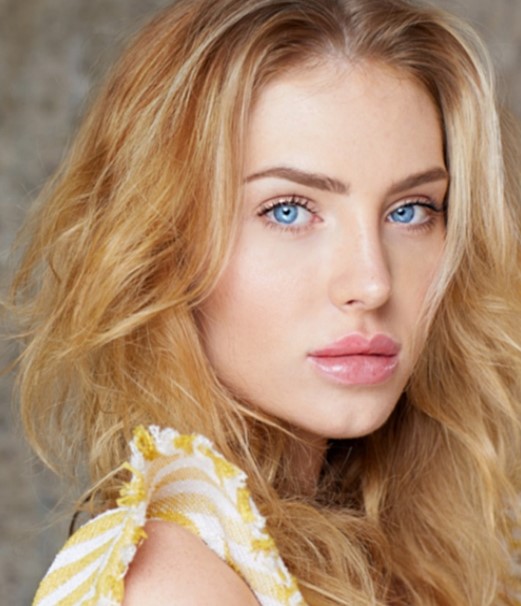 Saxon Sharbino has been passionate about what she has wanted to do from a young age. Growing up in Dallas, TX, Saxon was just 12 years old when she booked her first major network TV series. She beat out hundreds of actresses and was cast as the lead in a gritty spy pilot for FOX, creator Karyn Usher and director Brett Ratner who directed such hits as The Avengers, X-MEN, and the Rush Hour franchise. Shortly after, FOX relocated Saxon from Texas to Los Angeles to star as a series regular opposite Kiefer Sutherland and Maria Bello on the hit FOX series, "Touch".

Soon after, she was cast as the lead in the independent film "Trust Me" which premiered at the Tribeca Film Festival. In the film, she led the cast of Oscar Award winners Allison Janey and Sam Rockwell as well as Emmy winners Felicity Huffman, Willam H. Macy, and Clark Gregg who wrote and directed the picture. Saxon attended a private school in Los Angeles briefly until she studied hard and tested out of High School at the age of 13.

She went on to be part of the main cast in FOX and MGM's "Poltergeist" reboot directed by Gil Keenen and produced by Sam Raimi and Steven Spielberg. There she worked with Oscar award winner Sam Rockwell for a second time.

More recently, she was cast as Sara Pearson, a recurring role in Netflix's "American Vandal" which was nominated for both an Emmy in 2018 and for "Best Limited Series" at the Critic's Choice Awards.

Saxon was also seen as a series regular in Hulu's "Freakish" and guest-starred in FOX's "Law & Order" and "Lucifer". In addition to growing her social media and writing scripts, she starred in three independent movies in 2019 and a Lifetime movie in 2020.

Since taking social media seriously in April of 2020, Saxon has gained 120k Youtube subscribers; netting at 148k currently and receiving 4-million views. She has also grown her other social media channels as well as recorded some unreleased music which will be coming out in 2021.

Saxon is looking forward to launching her own merchandise, music, and producing her first movie in the upcoming years.