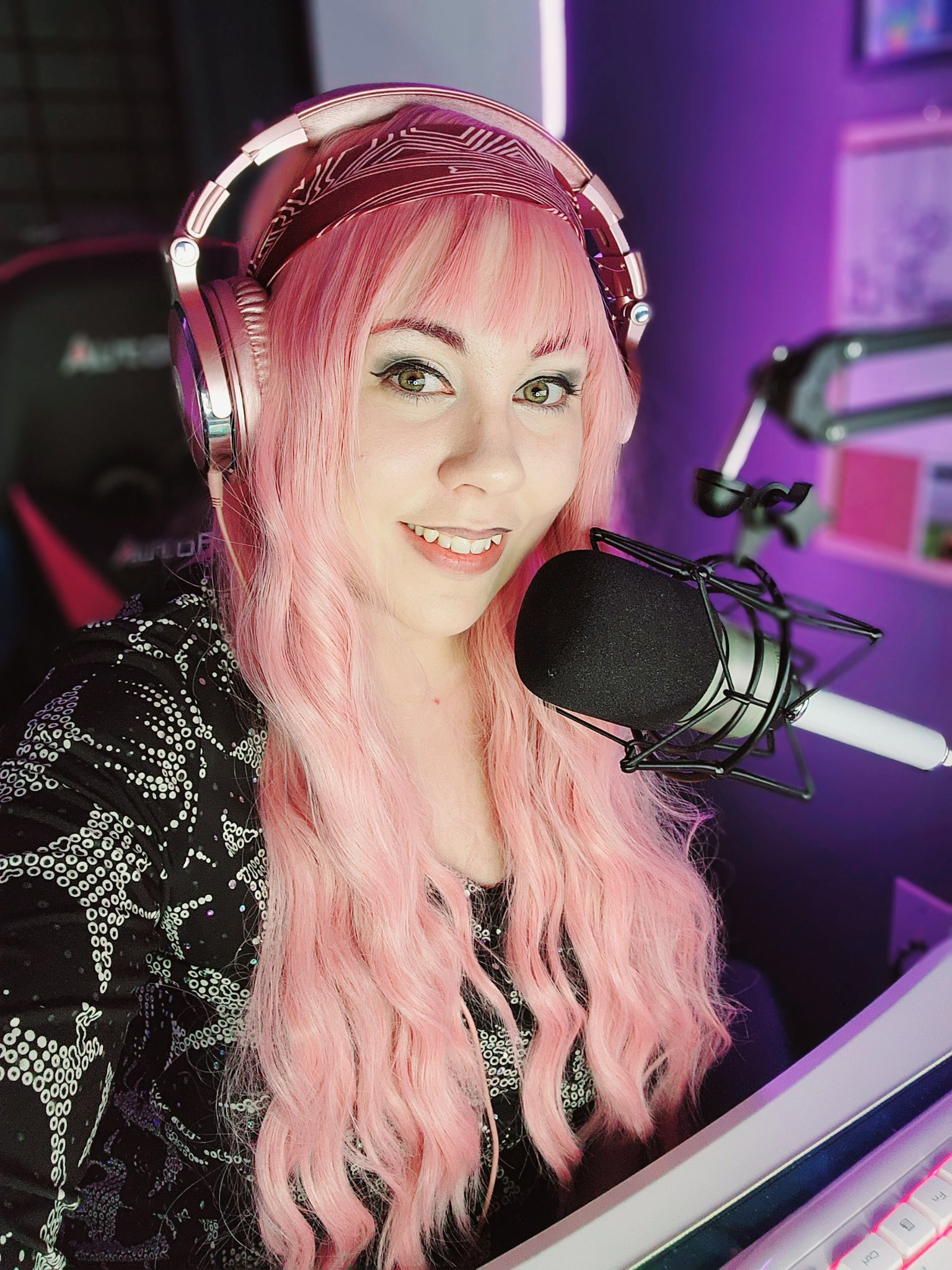 Mercedes is a Twitch Affiliate and Voice Actress who has provided her impressive audible range to many services and products; these include commercials, radio imaging, video games, animations, audiobooks, e-learning, and more!

She has crossed the threshold of being a Twitch Affiliate in under two weeks of starting her journey back in March, 2021. Her streaming and videos display a wide variety of gaming genres from horror, JRPGs, and classic Playstation 1.

Her content includes flexing her voice acting range, as well as sharing her spectacular collection of colorful wigs. Some of her most reputable Voice Over roles include being a main protagonist and 2 additional side characters for the video game, Blackwind; a multi-console, platform, mech-fighting hack and slash on the Playstation 5, Playstation 4, Nintendo Switch, XBOX One, and PC.

Another role she is best known for, is the tough female fighter known as Gwendolyn, in the Dungeon and Dragons show, One Crit Blunders: Elsewhere. You can also hear her voice multiple characters, creatures, and a boss in the video games Eternal Fate and Clunky Hero.