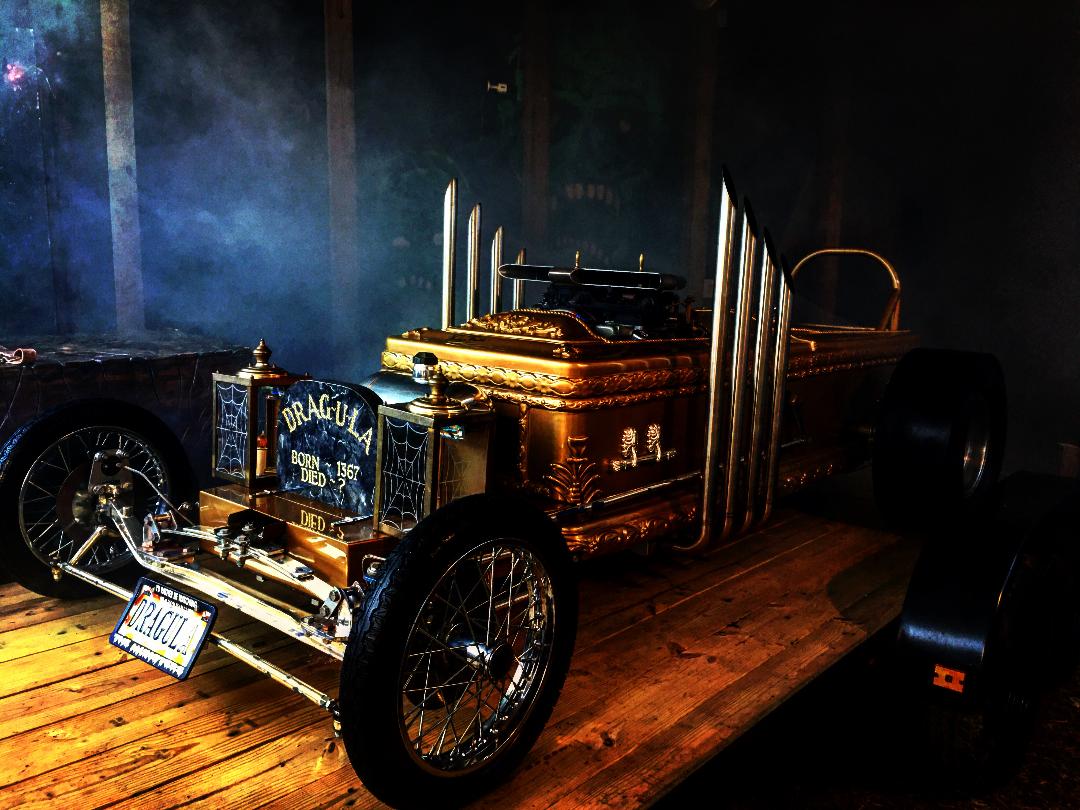 The Drag-U-La is a dragster built by Grandpa Munster in "The Munsters" epsiode, "Hot Rod Herman".

The car itself was designed and built for the epsiode by George Barris who also built The Munster Koach for the TV show. The front of the vehicle features a marble gravestone with the legend: "Born 1367, Died ?". The body of Drag-U-La was built from a real fiberglass coffin that Richard "Korky" Korkes was able to purchase out the back door of a funeral home in North Hollywood since it was illegal to sell a coffin without a death certificate.

Korkes, Dick Dean, and other Barris employees then proceeded to place the coffin atop a tube-steel front-engine dragster chassis powered by a Ford 289-cu.in. V-8 topped by a Mickey Thompson dual-quad intake. Over the cutout in the lid of the coffin the Barris crew then fitted a plexiglass bubbletop and added a number of ghoulish touches, from the headstone and the spider-topped carriage lamps to the zoomies reminiscent of a pipe organ.

After the "Hot Rod Herman" episode aired, the Dragula returned to Barris’s shop, where it was modified for the 1966 movie "Munsters, Go Home!". Specifically, the Barris crew removed the bubbletop and installed a rollbar so Herman Munster actor Fred Gwynne could fit into it.

Drag-U-La will be on display at XCON for photo-ops and is signed by actors Butch Patrick (Eddie Munster) and Pat Priest (Marilynn Munster).